Does green tea have caffeine? Green tea is a popular drink around the world and has numerous health benefits. It’s made from the leaves of the Camellia sinensis plant, which are also used to make black tea, oolong tea, and white tea. While all types of tea contain caffeine, the amount varies greatly depending on the type of green tea you’re drinking.

Green Tea is a type of tea made from the leaves of the Camellia sinensis plant. It is said to have originated in China, although it has been consumed and enjoyed in many different cultures around the world.

Green Tea contains caffeine, but usually much less than other types of tea like black tea and oolong tea. The amount of caffeine in green tea can vary depending on the type of green tea you are drinking and how it was brewed.

Green Tea also has many health benefits such as improving mental alertness and helping with weight loss, so if you’re looking for an alternative to coffee that still contains some caffeine, then drinking green tea may be the right choice for you.

Does Green Tea Have Caffeine? And How Much Caffeine is in  Green Tea?

The amount of caffeine present in green tea varies depending on the type and brewing method, but generally speaking, green tea contains less caffeine than black or oolong teas. While there is still some naturally-occurring caffeine in green tea, it usually has a lower caffeine content than other types of tea.

This means that drinking green tea can provide many health benefits without as much of the stimulant effect of caffeine. Caffeine levels in green tea can range from 10-50mg per cup, depending on how it’s brewed.

Green tea comes from the same plant as all other types of tea (Camellia sinensis), so it does contain caffeine; however, its levels tend to be lower than other varieties. To get the most out of your cup of green tea, you should consider choosing varieties that have lower levels of caffeine and brew them according to instructions for the best results.

Generally speaking, a cup of green tea contains approximately 25-29 mg of caffeine. This amount can vary depending on how long you brew it and what type of tea leaves you use.

However, this is still much less than the average cup of coffee, which contains 95-200 mg of caffeine per serving. Matcha is an exception as it is a concentrated form of green tea and can contain up to 70 mg per cup.

Additionally, some green teas include an amino acid called L-theanine that helps reduce the effects of caffeine so you don’t get as jittery or anxious after consuming it. All in all, most types of green tea include much less caffeine than other beverages like coffee or energy drinks; however, if you’re sensitive to caffeine you should watch your intake carefully.

Is green tea good for you & Green tea benefits?

You may know lots of health benefits of green tea. Tea usually contains caffeine, but green tea’s caffeine is naturally occurring and not added artificially. Therefore, the caffeine content of green tea can vary depending on the kind of tea plant used.

In addition to containing less caffeine than coffee, green tea also contains a high concentration of antioxidants that have been linked to many health benefits. Green tea extract is often used in supplements and can provide a source of caffeine without some of the side effects associated with other sources such as coffee or energy drinks.

All in all, green tea has many health benefits and can be an excellent alternative source of caffeine for those who don’t enjoy the taste or effects of regular brewed coffee.

You can feel good about what’s in your cup if you choose green tea. Here’s what you’ll find inside:

Natalie Rizzo, RD, from New York City, has this advice for choosing a healthy green tea: “If you want the real thing, make sure the package says 100% green tea or choose pure green tea leaves.”

The NCCIH says there isn’t enough proof to show that people who are overweight or obese who drink green tea will lose weight. But studies with green tea extract show that it might help.

One study suggests that the caffeine in tea may help reduce hunger and speed up the rate at which calories are burned by a process called thermogenesis. An article in the Canadian Pharmacists Journal from May 2014 says that most of the research on green tea has been done on this more concentrated extract and not on letting the tea bag steep in your cup.

“If you want to lose weight and are thinking of adding green tea to your diet, don’t expect it to work if you eat a lot of calories,” says Rizzo. “[Green tea] does help burn fat, but it won’t burn enough fat to make up for a bad diet.” On top of that, the Mayo Clinic says that you may not be able to lose weight with green tea if you drink pre-made tea with added sweeteners.

Your best bet? Do what has been shown to work: eat a healthy, well-balanced diet and work out regularly. Adding green tea to your diet might help, but don’t think of it as a miracle cure.

3. Extend to Your Belly

Too much caffeine can make you jumpy and keep you from sleeping, but it can also help you stay regular. If the amount of caffeine in coffee bothers you, try green tea instead.

In a study published in The Journal of Nutrition, rats that were given green tea extract in their drinking water and then made to get rheumatoid arthritis (RA) had less severe symptoms than rats that just drank water. Researchers say that more research needs to be done on humans, but they also say that green tea extract may be helpful when used with other treatments for RA.

A review of research published in 2011 in Arthritis Research & Therapy suggests that mice with osteoarthritis had a similar anti-inflammatory effect, but it’s too early to say if the same effects would be seen in humans.

In a preliminary study published in Cancer Prevention Research in February 2010, mice given green tea polyphenols in their drinking water had better skin cell repair after being damaged by UV rays. However, it is still not clear if this effect would also be seen in humans.

People with type 2 diabetes have high blood sugar (hyperglycemia) because they have a condition called insulin resistance. When this happens, the cells, muscles, and liver can’t absorb glucose as well as they should to give the body energy.

The American Diabetes Association says that if diabetes isn’t taken care of well, it can lead to problems like heart disease, neuropathy (nerve damage), amputations, and eye problems.

But green tea may help reduce insulin resistance if it is part of a healthy diet for people with type 2 diabetes. This is according to a study that came out in September 2014 in the Iranian Journal of Medical Sciences. People who took 150 milliliters of green or sour tea three times a day for four weeks did better in the study.

7. Your brain health and alertness may get better.

The NCCIH says that being mentally alert is one of the most popular effects of green tea. The caffeine in green tea is to blame for this short-term effect. Caffeine is a central nervous system stimulant, which means that too much of it can be bad for you.

But the small amount of caffeine in tea is just enough to wake you up without making you anxious or jittery like coffee and other drinks with more caffeine.

8. Against Certain Types of Cancer

The National Cancer Institute says that cancer happens when free radicals attack healthy cells in the body. However, antioxidant-rich foods and drinks like green tea may help stop this process. The EGCG content in particular seems to offer protection.

Molecules and Cells published a review in February 2018 that talks about research that shows green tea extract may help delay the start of and stop the return of some types of cancer.

Does green tea have caffeine vs coffee?

As a natural stimulant, caffeine is more popular than anything else.

It can be found in more than 60 different types of plants and is enjoyed all over the world, especially in coffee, chocolate, and tea.

The amount of caffeine in a drink depends on what goes into it and how the drink is made.

Even though caffeine is thought to be safe, drinking too much of it could cause some problems.

Plain teas like green, black, oolong, white, and herbal teas have almost no calories. But some popular kinds may also have milk, sugar, syrup, or other high-calorie ingredients.

The caffeine in both Lipton Green Tea and Lipton Matcha Green Tea is between 28 and 38 mg. So, they have less caffeine than black teas like Lipton Extra Bold, which has 38–45mg of caffeine per 8-ounce serving. On the other hand, each cup of coffee has about 95mg of caffeine, according to the USDA.

There are many good plant compounds in green tea. It might not only help you sleep better, but it might also be good for your health in other ways.

The tea plant, Camellia sinensis, makes caffeine on its own, so all brewed tea has some caffeine. If you use hotter water and let the tea steep longer, you’ll get more caffeine out of black or oolong tea. If you use cooler water and steep for less time, like with green or white tea, you get less caffeine. 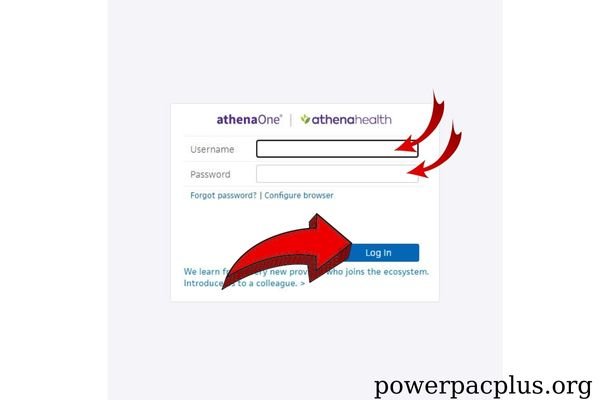 Have you ever wondered how to cope with ADHD as adults? ADHD (attention deficit hyperactivity disorder) is a mental… Can I Drink Coffee While Taking Meloxicam? It is important to take meloxicam as prescribed by your doctor. You…