Eating disorders are on the rise, but they don’t seem to receive enough concern in an era when a person’s physique and look are prized and “pushed” to society’s standards of beauty more than ever.

Eating disorders are frequently misunderstood to be a choice of lifestyle. Eating disorders are serious and frequently fatal illnesses marked by significant changes in people’s eating habits, as well as related thoughts and feelings. An eating problem may be indicated by a preoccupation with food, body weight, or shape. We’ll learn about the different forms of eating disorders, their symptoms, and how to treat them in this post. Follow PowerPAC plus to learn more!!!

What are Eating Disorders?

Eating disorders are a group of psychological illnesses that lead to the development of poor eating habits. They may begin with a food, body weight, or body form preoccupation. Eating disorders can have substantial physical effects and mental difficulties in severe situations, and if left untreated, they can ultimately lead to death.

Eating disorders can manifest itself in a variety of ways. The majority, however, entail severe dietary restriction, eating binges, or purging behaviors such as vomiting or over-exercising. Although eating disorders can affect persons of any gender at any age, teens and young women are the most commonly affected. By the age of 20, up to 13% of teenagers may have had at least one eating issue.

The most well-known eating disorder is anorexia nervosa. It usually appears during adolescence or early adulthood, and more women than males are affected. Even if they’re dangerously underweight, people with anorexia perceive themselves as overweight. They tend to keep a close eye on their weight, avoid particular foods, and carefully limit their calorie intake. The following are some of the most common symptoms of anorexia nervosa:

Obsessive-compulsive behaviors are also common. Many persons with anorexia, for example, are fascinated with food all of the time, and some may excessively gather recipes or hoard food.

These people may also have a hard time eating in public and have a strong desire to control their surroundings, which limits their capacity to be spontaneous.
The restricted form of anorexia and the binge eating and purging type of anorexia are the two official categories. Dieting, fasting, or severe exercise are the only ways for people with the restricted personality type to lose weight.

People who have the binge eating and purging personality type may eat a lot of food or eat very little. In both circumstances, people purge after eating by vomiting, taking laxatives or diuretics, or engaging in excessive exercise.

Anorexia can be extremely harmful to one’s health. Individuals with it may have bone weakening, infertility, brittle hair and nails, and the formation of a fine hair covering all over their body over time. Anorexia can lead to heart, brain, or multi-organ failure, as well as death, in severe circumstances.

Selective eating disorder, also known as avoidant restrictive food intake disorder (ARFID), is a condition in which people restrict the amount or type of food they eat. People with ARFID, unlike those with anorexia nervosa, do not have a distorted body image or an acute dread of gaining weight.

Another well-known eating disorder is bulimia nervosa. Bulimia, like anorexia, appears to be more common in males than in women and develops between adolescence and early adulthood. Bulimia patients commonly consume unusually high amounts of food in a short period of time.

Each binge eating episode usually lasts until the person is completely satisfied. During a binge, the person usually feels unable to stop eating or regulate the amount of food consumed.

Binges can occur with any type of food, although they are most common with things that the person would ordinarily avoid. Bulimia sufferers then purge to make up for the calories they’ve consumed and to alleviate stomach pain. Forced vomiting, fasting, laxatives, diuretics, enemas, and extreme exercise are all common purging methods.

Symptoms may be quite similar to those of anorexia nervosa’s binge eating or purging subtypes. Bulimics, on the other hand, normally maintain a healthy weight rather than becoming underweight.

Binge-eating disorder is a condition where people lose control over their eating and have recurring episodes of eating unusually large amounts of food in a short amount of time. Unlike bulimia nervosa, periods of binge-eating are not followed by purging, excessive exercise, or fasting. As a result, people with binge-eating disorder often are overweight or obese due to the massive calories they feed into the bodies.

An eating disorder is unlikely to have a single etiology. It’s usually the result of a number of circumstances, such as events, feelings, or demands. Without recognizing it, a person may use food to cope with difficult experiences or feelings.

Low self-esteem, problems with friends or family relationships, troubles at school, university, or employment, high academic expectations, lack of confidence, sexuality concerns, or sexual assault or emotional abuse are some of these causes.

An eating disorder can be triggered by traumatic experiences such as the death of a loved one (grief), bullying, abuse, or divorce. An individual with a long-term illness or handicap (such as diabetes, depression, vision impairment, or hearing loss) may experience eating difficulties. Eating disorders may also be influenced by heredity, according to research.

The following symptoms and behaviors are common in people with anorexia:

Disturbed eating is a symptom of this disease, and it can be caused by a lack of appetite or a dislike for certain odors, tastes, colors, textures, or temperatures. The following are some of the most common ARFID symptoms:

It’s vital to emphasize that ARFID extends beyond common habits like child pickiness or older folks’ reduced food consumption. Furthermore, it excludes dietary avoidance or restriction owing to a lack of availability or religious or cultural customs.

Unlike anorexia, bulimia patients are frequently of normal weight. They, too, are terrified of gaining weight and having a skewed body image. They consider themselves to be “fat” and are desperate to shed weight. Bulimics become quite proficient at hiding their bulimic actions since they are often ashamed and disgusted with themselves. The following are some of the most prevalent bulimia symptoms:

People with binge eating disorder have regular episodes where they gorge on big amounts of food rather than simply eating too much all of the time. They typically feel out of control during these episodes, as do persons with bulimia, and later experience guilt and humiliation about it. The behavior becomes a vicious loop since the more upset they are over bingeing, the more likely they are to binge. People with binge eating disorder are typically overweight or obese because they do not purge, fast, or exercise after bingeing.

People with persistent eating disorders should get treatment as soon as possible since they can have long-term health repercussions. Because everyone is different, there is no “one size fits all” strategy to treating eating disorders. Often, a team of health specialists, including a psychologist, dietician, and doctor, is involved in an individual’s treatment. The following are some of the therapy options:

This entails visiting a psychologist, psychiatrist, or other mental health counselor on a regular basis. Counselors treat patients with eating disorders in a variety of ways. Cognitive Behavioral Therapy (CBT) is a standard strategy for identifying and changing the ideas, feelings, and behaviors related with an eating disorder.

A dietician can assist someone with an eating disorder in regaining control of their weight and developing good eating habits. This is critical for someone with anorexia nervosa, and may include nutrition instruction, meal planning, establishing regular eating habits, and techniques to avoid dieting.

There is no medication available to treat eating problems specifically. A person with an eating disorder, on the other hand, may be prescribed medications to alleviate other symptoms. Antidepressants are sometimes prescribed to aid with depression and anxiety symptoms. Medications should be used in conjunction with other forms of treatment.

Stepped care is a person-centered treatment that is tailored to that person’s condition, situation, and needs. Stepped care recognizes that people with eating disorders may need to move ‘up and down’ through different levels of care as their illness progresses. A person with an eating disorder can recover with the correct professional, social, and emotional assistance.

The study of human genes is one way. Eating problems are passed down through the generations. Researchers are trying to figure out which DNA variants are linked to a higher risk of developing eating problems. Eating disorders are also better understood thanks to brain imaging investigations. Researchers have discovered changes in brain activity patterns in women with eating problems compared to healthy individuals. This type of study could aid in the development of novel methods for diagnosing and treating eating disorders.

It can be quite difficult for someone suffering from an eating issue to seek therapy. People who suffer from various eating disorders have a limited understanding of their illness. This is due to anosognosia, or a lack of awareness of a health issue, which is a side consequence of brain hunger. For many others, the prospect of gaining weight during treatment and losing control of their bodies and lives is horrifying. Faced with such fear, motivation to seek therapy can be quite low. 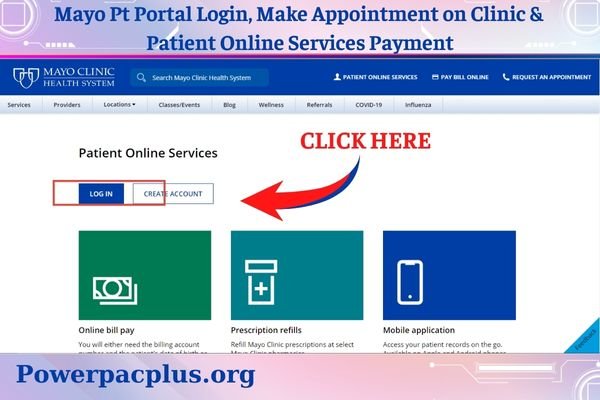 Did you know that mustard oil can be beneficial for your heart? It contains six percent omega-3 and fifteen… 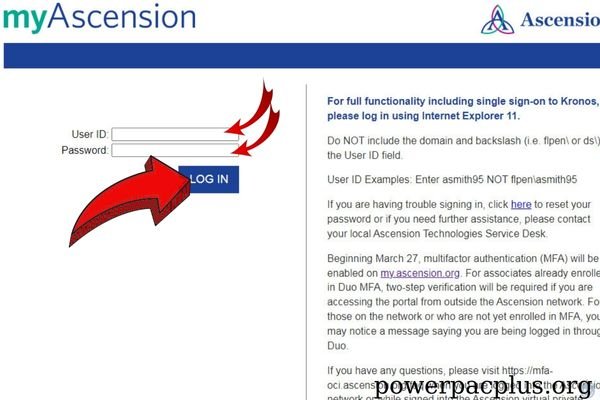 What are the signs of broken ribs? Some people do not feel their rib pain, maybe it is because their… 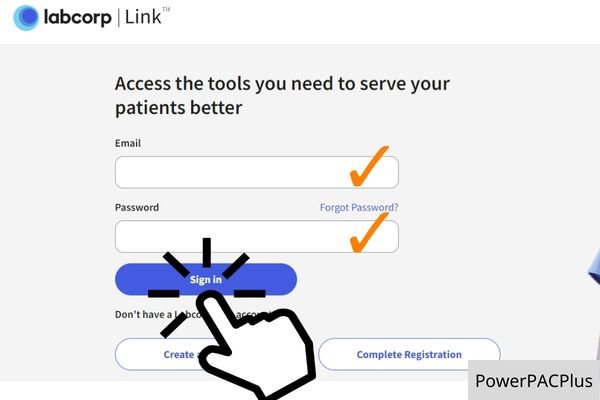