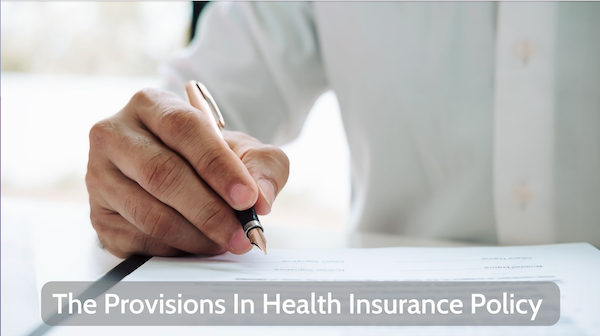 A health insurance policy is a health care contract between an insured and an insurer that spells the terms & conditions of providing medical services to a covered individual. The policy is obtained by the insured taking into account various factors including coverage, provider network, pricing, etc.

Given the importance of health insurance, it is recommended that all insurance owners (also called the insureds) are well informed about the health insurance policies and rights so that they can make the best health plans for themselves and their families.

This blog article highlights the mandatory and optional provisions in health insurance policy. The details are presented by describing each important provision in an easy-to-understand manner.

The following policies are the mandatory standards in every health insurance.

The entire contract provision states that:

“Health insurance is a contract between the insurer and the purchaser in its entirety. Once the contract has been signed by both parties, the insured will be entitled to all benefits and clauses that are included in the contract. This also assures the policy owner that no changes can be made by the insurance company after signing. In some cases, the insured can make changes to the policy, but not the insurer.“

However, if the policyholder had an existing condition prior to signing the contract, the insurer cannot deny claims until the contestability period has expired.

Life is certainly hectic, and it is all too easy to forget to pay bills, including insurance premiums, on time. Fortunately, most insurance companies recognize this and offer a payment grace period. This grace period is typically 90 days long, giving the policyholder extra time to catch up on payments.

After the due date, the policy typically lapses, and the individual must reapply for coverage. While the grace period allows for some leeway, it is still critical to pay premiums on time to avoid lapses in coverage.

A reinstatement provision in an insurance policy is a clause that allows the policy to be reinstated after it has lapsed due to non-payment of premiums. This provision is advantageous for policyholders who have suffered a financial setback or who have simply forgotten to pay their premiums on time. Once the premium is paid, the policy will resume and cover the policyholder for the remainder of the term.

There may be a waiting period before coverage begins in some cases, but this will vary depending on the insurer. A reinstatement provision is a valuable safety net for many people, helping them avoid coverage gaps.

After the grace period has expired, the policyholder must update the application in order for the policy to be reissued. The insurance company has the authority to approve or deny the application. If the insurer does not take action within 45 days, the policy will be automatically reinstated.

When submitting a claim to the insurer, the policyholder has 90 days to gather proof of loss under the notice of claim provision.

According to the physical exam provision, the insurance company may order a physical examination for the policyholder on a regular basis. In the event of his/her death, they could direct that an autopsy be performed by a medical examiner.

The legal action provision prohibits the insured from suing the insurer for proof of loss claims for 60 days after the claim is disputed.

The optional change of occupation provision allows insurance companies to protect themselves from policyholders who switch to a more dangerous occupation.

On the contrary, if the policyholder works in a less risky field, such as teaching or accounting, the insurance company may reduce the premium. Anyone considering changing their occupation should take into account the change of occupation optional provision.

Misstatement of Age or Sex

As a result, the policy premium can only be correct if the age and gender inputs are entered accurately in the first place. If the insurance company discovers the insured’s misstatement about their age or gender, the benefits will be paid in accordance with the policyholder’s correct age and gender.

Relation of earning to insurance

If the policy includes an earnings-related insurance provision, a policyholder cannot receive benefits that exceed his or her monthly income at the time of disability or his or her average monthly earnings over the previous two years.

Other insurance in this insurer

There is a limit to the number of insurers who can cover one individual in order to reduce the insurance company’s risks. This optional provision states that a person may hold multiple policies with the same insurer, but only up to a certain amount of coverage.

This provision protects the insurance company from overinsurance in the event that a policy owner occupies two different policies but only one is notified when an expense occurs. This clause states that benefits will be prorated and that excess premiums will be refunded to the policyholder.

If any unpaid premiums are due when the benefit is payable to the policy owner or beneficiary, they will be deducted at that time.

When an insurance company intends to exercise its right to cancel a policy, the policyholder must be notified at least 45 days in advance, and any prepaid premiums must be reimbursed.

This blog post has discussed the mandatory and optional provisions of health insurance policies. To achieve mutual benefit, both parties must be attentive and committed to the health insurance policy. When looking for the best policy for their needs, consumers should be aware of these provisions. Also, keep in mind that any misconduct will result in a penalty. It is mandatory for both insureds and insurers to maintain compliance. What Is Old Age and Survivors Health Insurance? This covers your loved ones when you cannot. This type of… Have you ever tried to purchase Automobile insurance online? If so, you may be wondering if purchasing coverage online… Partnerships are a common business structure that offers many benefits, including tax savings and simplified management. While partnerships provide… 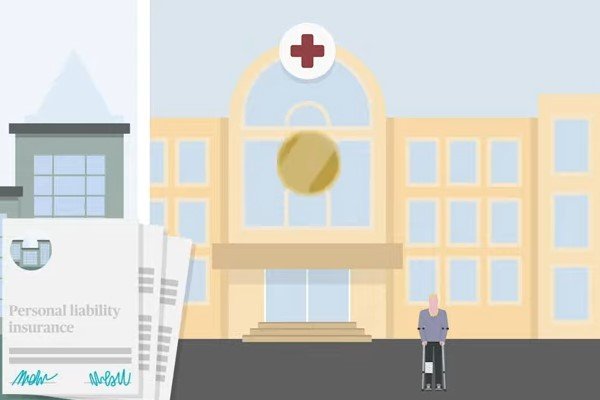 Having personal liability insurance is one of the smartest things you can do to protect yourself financially. This type… You have already studied Everfi Module 7 on Insurance, but you are still wondering, is it really necessary to…